During the years 800-1200, Iceland and Greenland were settled by the Vikings. These people, also known as the Norse, included Norwegians, Swedes, Danes, and Finns. Fig. 12 shows the various routes the Vikings took to these locations and others. 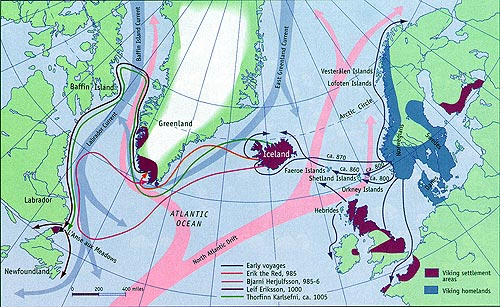 Fig. 13 illustrates a knorr, the type of ship Vikings used to travel these long distances. 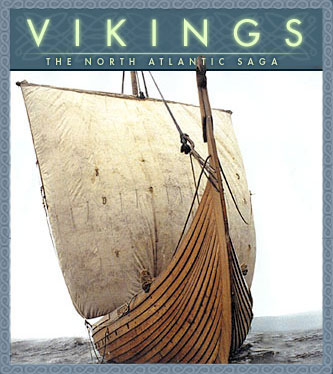 The warm climate during the MWP allowed this great migration to flourish. Drift ice posed the greatest hazard to sailors but reports of drift ice in old records do not appear until the thirteenth century (Bryson, 1977.)

The Norse peoples traveled to Iceland for a variety of reasons including a search for more land and resources to satisfy a growing population and to escape raiders and harsh rulers. One force behind the movement to Iceland in the ninth century was the ruthlessness of Harald Fairhair, a Norwegian King (Bryson, 1977.)

Vikings travelling to Iceland from Norway during the MWP were probably encouraged by the sight of pastures with sedges and grasses and dwarf woodlands of birch and willow (Fig. 14) resembling those at home. 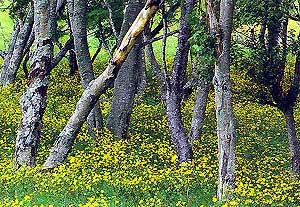 Animal bones and other materials collected from archaeological sites reveal Icelandic Vikings had large farmsteads with dairy cattle (a source of meat), pigs, and sheep and goats (for wool, hair, milk, and meat.) Farmsteads also had ample pastures and fields of barley used for the making of beer and these farms were located near bird cliffs (providing meat, eggs, and eiderdown) and inshore fishing grounds. Fishing was primarily done with hand lines or from small boats that did not venture across the horizon (McGovern and Perdikaris, 2000.)

In 960, Thorvald Asvaldsson of Jaederen in Norway killed a man. He was forced to leave the country so he moved to northern Iceland. He had a ten year old son named Eric, later to be called Eric R0de, or Eric the Red. Eric too had a violent streak and in 982 he killed two men. Eric the Red was banished from Iceland for three years so he sailed west to find a land that Icelanders had discovered years before but knew little about. Eric searched the coast of this land and found the most hospitable area, a deep fiord on the southwestern coast. Warmer Atlantic currents met the island there and conditions were not much different than those in Iceland (trees and grasses.) He called this new land "Greenland" because he "believed more people would go thither if the country had a beautiful name," according to one of the Icelandic chronicles (Hermann, 1954) although Greenland, as a whole, could not be considered "green." Additionally, the land was not very good for farming. Nevertheless, Eric was able to draw thousands to the three areas shown in Fig. 15.

The Greenland Vikings lived mostly on dairy produce and meat, primarily from cows. The vegetable diet of Greenlanders included berries, edible grasses, and seaweed, but these were inadequate even during the best harvests. During the MWP, Greenland's climate was so cold that cattle breeding and dairy farming could only be carried on in the sheltered fiords. The growing season in Greenland even then was very short. Frost typically occurred in August and the fiords froze in October. Before the year 1300, ships regularly sailed from Norway and other European countries to Greenland bringing with them timber, iron, corn, salt, and other needed items. Trade was by barter. Greenlanders offered butter, cheese, wool, and their frieze cloths, which were greatly sough after in Europe, as well as white and blue fox furs, polar bear skins, walrus and narwhal tusks, and walrus skins. In fact, two Greenland items in particular were prized by Europeans: white bears and the white falcon. These items were given as royal gifts. For instance, the King of Norway-Denmark sent a number of Greenland falcons as a gift to the King of Portugal, and received in return the gift of a cargo of wine (Stefansson, 1966.) Because of the shortage of adequate vegetables and cereal grains, and a shortage of timber to make ships, the trade link to Iceland and Europe was vital (Hermann, 1954.)