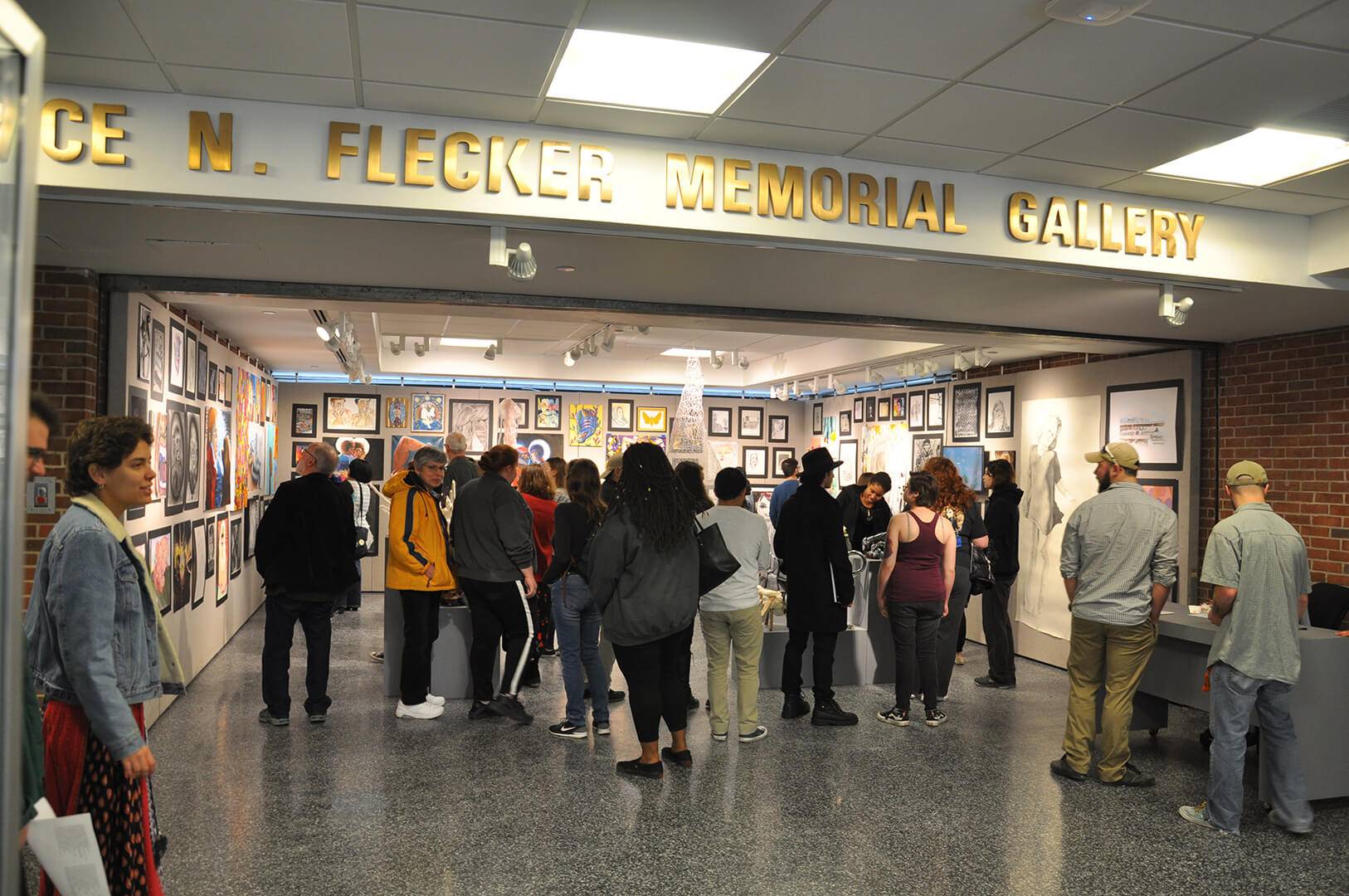 The Maurice N. Flecker Gallery is committed to mounting exhibitions of contemporary fine art at the highest level of quality and relevance to current discourse in art. Our program consists of early and mid-career artists, largely but not exclusively from New York City and Long Island. We mount an annual student exhibition and regular faculty exhibitions showcasing the strong student work and faculty roster in the Visual Arts Program. Located on the Ammerman Campus of Suffolk County Community College (SUNY Suffolk), 50 miles east of New York City. Please join us if you are in the area and do not hesitate to contact us for more info.

Extermination of Polish Jews: Album of Pictures, December 12, 2016 - February 3, 2017, organized in collaboration with the SCCC Center for Social Justice and Human Understanding

*Unless otherwise noted, all exhibitions curated by Matthew Neil Gehring

The Gallery is closed through the summer.