Eric Dever: A Thousand Nows, an exhibit of 22 new oil paintings inspired mostly by the East End of Long Island, will be exhibited at Suffolk County Community College’s Eastern Campus Lyceum Gallery from February 1 through March 11. An artist’s reception will be held on February 5th from 4 p.m. to 6 p.m. Refreshments will be served.

Layering veils of exuberant color, Dever creates the illusion of depth while describing atmosphere that falls over views of Montauk Point, Sag Harbor’s Clam Island, and Southampton’s Flying Point Beach. Forms appear weightless and at times dematerialize reversing figure and ground. Similarly, Dever paints his experience of plants that he cultivates in his Water Mill studio garden. Agapanthus, Bird of Paradise, and roses that are past their prime become metaphors for the past, evocative of places and characters from literature.

Dever’s work harkens from experiences deep within his sensory memory of growing up in California.  “Los Angeles is subtropical, the sun is more intense and sets over the Pacific, my paint selection, when working with a full palette has remained consistent, especially a love of Cadmium Orange; but the blue hues I am mixing echo the long late spring and summer twilight of the Northeast,” Dever said.

These sensations inform Dever’s work today here on the East End becoming examples of a type of compressed time.

Dever developed his full spectrum visual language after years of studying white, black, and red, which the artist describes as like breaking a long fast, and continuing his inclusion of color, he arrived at his current work. 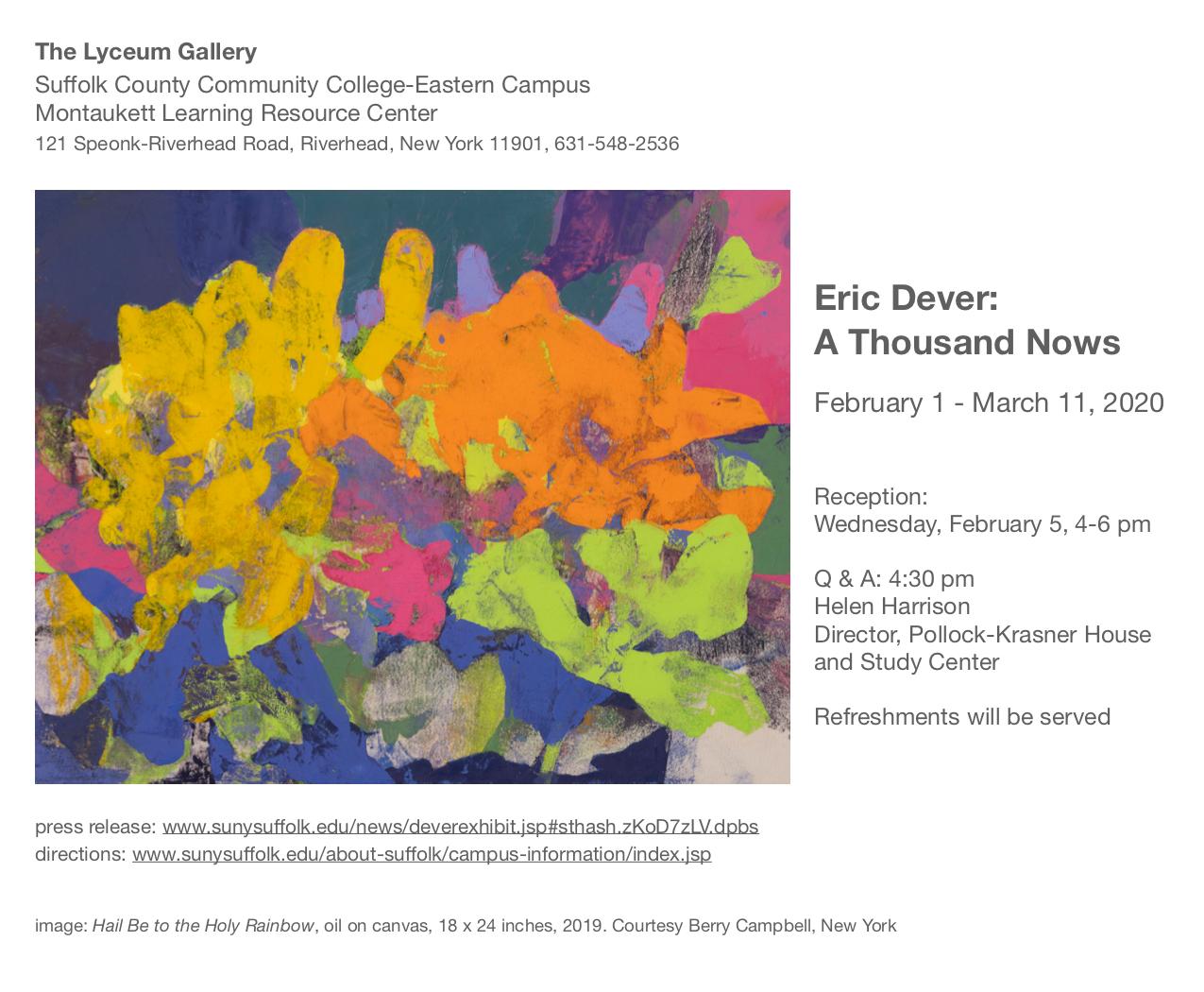 In January 2019 Dever’s exhibit Painting in a House Made of Air, at Berry Campbell in New York attracted a large audience. Dever’s 2017 exhibit Light, Energy and Matter at Loyola Marymount University in Los Angeles featured 45 works covering his visual interpretation of natural forces.

Dever’s work was included in a group exhibit, Grey Matter, at the Painting Center in New York and his paintings are in a number of public collections including Grey Art Gallery, New York University, the Parrish Art Museum and Guild Hall.

Dever’s paintings are currently on view in U.S. Consulate in Hong Kong and Macau as part of the United States Department of State Art in Embassies Exhibition program.

Dever earned a Master of Arts from New York University in 1988 and worked in the architecture firm, Pei Cobb Freed & Partners in New York, while continuing to exhibit his paintings.  He moved to the east end in 2002 and became immersed in the artistic community.

At Guild Hall his work, a 5 x 10 foot painting was placed on stage for Joseph Pintauro’s play, Cloud Life, as part of the “The Painting Plays”. Artist Robert Dash, invited Dever to teach the first painting classes at the Madoo Conservancy.

Last revised: 12/31/2019.  For comments on this webpage, contact: The Director of Communications.