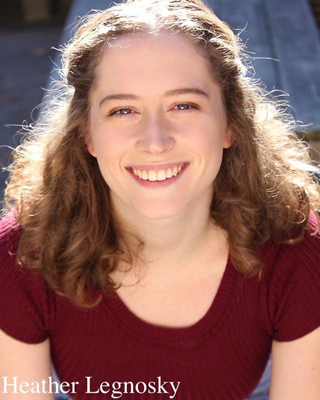 “Suffolk has placed more students at the National Kennedy Center American College Theatre Festival than any other community college in the nation,” said Suffolk County Community College Academic Chair and Theatre Director Charles Wittreich, “Heather’s win is a testament to Suffolk's reputation for excellence in the performing arts.”

Wittreich said Legnosky, a theatre arts major from West Islip, is one of only eight actors chosen nationally to present at the Kennedy Center where she will attend a weeklong experience this April with theatre professionals. Pafundi graduated in December and is a costume coordinator in the college’s theatre department.

Started in 1969 by Roger L. Stevens, the Kennedy Center's founding chairman, the Kennedy Center American College Theater Festival is a national theater program involving 20,000 students from colleges and universities nationwide annually. For more than 50 years, the organization has served as a catalyst to improve the quality of college theater in the United States.

Last revised: 1/28/2020.  For comments on this webpage, contact: The Director of Communications.