Whether you are planning to attend college after high school or making a career change, Suffolk County Community College welcomes permanent residents to apply for admission.

The admissions process takes only a few steps and applying online is quick and easy. Follow the steps to apply to get started.

or mail it to:

Resident aliens may lawfully reside in the United States on a permanent basis. There are two acceptable methods for verifying status as a resident alien.  The first method is that a student who has requested Federal financial aid, which has been verified by the Federal Financial Aid Central Processor, has his/her status automatically matched by the USCIS, which will be evident through SUNY’s coding of the student as a lawful permanent resident or resident alien.  In that case, there is no need for a student to submit a Permanent Resident Card or any other form of documentation regarding permanent residence.

The second way a student can prove he/she is a resident alien if not confirmed through the above match is such student must present proof of their status by providing the campus with a Permanent Resident Card (formerly known as the “Alien Registration Card” and commonly known as a “green card”) prior to registration.

The following proofs are acceptable:

Receipt for USCIS Form I-751: Petition to Remove the Conditions on Residence; or

Receipt for USCIS Form I698: Application to Adjust Status from temporary to Permanent Resident; or

I-551 Stamp in Passport indicating evidence of lawful permanent residence.  Expired stamps may be accepted; or

Copy of USCIS Form I-90: Application to Replace Permanent Resident Card (old: Alien Registration Card), along with a U.S. Postal Service return receipt or with a cancelled check or money order.

Once a student’s immigrant status has been verified, the student may then establish New York State residency by meeting the criteria set forth in Section III (B).

A receipt for USCIS Form I-485 (Adjust Status), which must include the petitioner’s name; or

A USCIS Receipt indicating that the fee for the adjustment application has been received.  This receipt usually lists application type, name of applicant, alien number (“A” number) and the amount paid; or

Note: Students who filed or have an approved petition (Form I-130 or I-140), but have not yet applied for adjustment of status are NOT eligible for in-state or resident tuition.

B. Students In Certain Non-Immigrant Statuses

The following is a list of the visa categories of non-immigrant aliens who under federal law have the capacity to make New York State their domicile and therefore may qualify for the resident rate of tuition if they otherwise meet the requirements:

A – Ambassador, diplomats and certain other foreign officials and their families

G – Certain government or international organization officials and their families

I – Representatives of foreign information media and their spouse and children

K – Fiancé (e) or Spouse of a U.S. citizen and dependent children

L – Intra-company transferee (such as managers who have worked abroad for a branch of a U.S. firm) and their spouse and children

O – Aliens who possess extraordinary ability in the sciences, arts, education, Business or athletics, motion pictures or television (Note: O-1 and O-3 visa holders are eligible, and O-2 visa holders are not eligible).

R – Religious workers and their spouse and children

S – Crime witnesses and their spouse and children

U – Victims of serious crimes

V – Certain spouses and children of lawful permanent residents who have a relative petition filed on their behalf before December 21, 2000 which has been pending for at least three (3) years

A student who is in one of the above categories must provide proof of such status by furnishing his/her I-94 Arrival/Departure record with either the notation Duration of Status (D/S) or an expiration date not yet reached.

Note on applications for extension of stay: Where a qualified non-immigrant has made a timely application for an extension of stay as evidenced by a filing receipt for USCIS Form I-539, he/she remains eligible for in-state tuition.  To “timely” file an application means that a person must file the application before his/her current period of authorized stay expires.

The following visa categories of non-immigrant aliens do not qualify for the resident rate of tuition:

B – Temporary visitors for business or pleasure 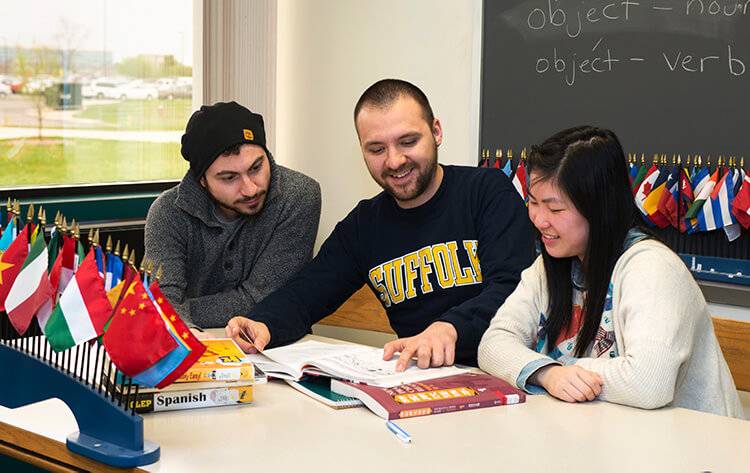